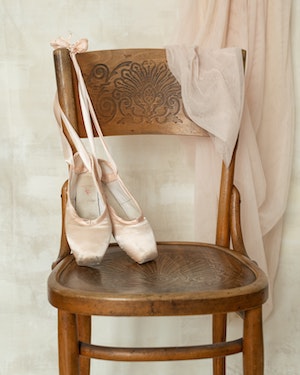 Her COVID-delayed funeral will take place on Saturday, May 7, at 2 p.m., at Swansboro United Methodist Church with the Revs. Kevin Baker and Rachel Moser presiding. Visitation will follow in the fellowship hall.

She was the owner and founder of Swansboro Dance Studio and Emerald Isle Dance Studio and in her nearly 40 years of instruction and guidance worked with thousands of girls, several of whom have gone on to teach or perform. Her love of people and of the performing arts guided her in business. In recognition the Swansboro Board of Commissioners awarded her the 2021 Samuel Swann Bland Outstanding Community Service Award. It is the highest honor bestowed by the town. In 2019 she and Jimmy were named Parade Grand Marshals of the Swansboro Mullet Festival of North Carolina.

Christy was raised in Raleigh, Williamston, Winston-Salem and Beaufort. She graduated from East Carteret High School in Beaufort and East Carolina University in Greenville. She was an adult learning coordinator at Edgecombe Technical College in Tarboro when she met Jimmy. They married in 1979. They moved to Emerald Isle, later to Swansboro, to run the Tideland News of Swansboro in 1981. Christy left the paper in 1982 to open Swansboro Dance Studio. She added Emerald Isle Dance Studio in 2011.

She was known for her boundless energy as a mother, business owner, and volunteer in her church and her community. Many called her “best friend,” in large part because of her ability to stay in the moment with each and kindly dispense good advice to those who sought it.

If you choose to make a donation to a charity in Christy’s name, please consider GO2 Foundation for Lung Cancer at go2foundation.org or the N.C. Coastal Federation Capital Campaign at nccoast.org.

Special thanks to Lower Cape Fear Life Care for its role in providing excellent care for Christy during hospice.

A Memorial Tree was planted for Anna Christy

We are deeply sorry for your loss - the staff at Swansboro

Join in honoring their life - plant a memorial tree