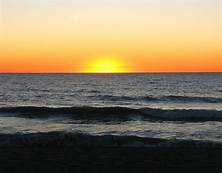 It is with deep sorrow that we announce the passing of Charles Lloyd Griffin, Jr. (C.L.) of Jacksonville, N.C. on June 16 at the age of 82. He is survived by his wife, Dianne Griffin; two sons Charles Griffin and wife Crystal of Crestview, Florida; Neil Griffin and wife Erin of Jamesville, NC; and one daughter Kim Riddle and husband Jason of Marlow, Oklahoma. He has 6 granddaughters: Allison and LeeAnne Riddle, Alexis, Isabella Blake, Charlie Griffin, and Eva Griffin. They also have 4 great- grandchildren: Payton, Tatum, Nevaeh, and Rosalie. He is also survived by two sisters; Jimmie Leeds and husband Bob of New Orleans, Louisiana; and Myrtle Bazzell of Yuma, Arizona, and numerous nieces, nephews, extended family members, and friends. C.L. was preceded in death by his father Charles Griffin Sr., his mother Ruth Lazore and husband Tony, and brother Reginald Griffin.