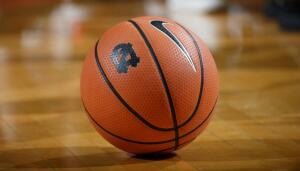 A funeral service will be held at 2 p.m. Saturday, Feb. 20, 2021, at Swansboro United Methodist Church with the Rev. Kevin Baker and the Rev. Rachel Moser. Burial is to follow at Seaside Memorial Park.

Millie was born Nov. 28, 1939, to the late Lena Hancock of the Catherine Lake area in Onslow County. She moved to Swansboro in 1947, where the town became her home and the people her family. After graduating from Swansboro High School, she and her late husband James “Jim” Allen were married July 23, 1960, in Swansboro. After living up and down the East Coast, they settled in Swansboro to raise their family. While her children were growing up, Millie was a Girl Scout leader, softball coach, director of the Miss Swansboro pageant for many years, and was active in the Swansboro High School Booster Club, and United Methodist Women. Once her children were grown, she worked at the Swansboro Chamber of Commerce and served on the Swansboro Historical Association. She was known for her 15-layer cake and enjoyed cooking meals for her family on special occasions. She and Jim hosted a pig pickin’ most every year during the Swansboro Mullet Festival weekend.

She was an avid Carolina Tar Heels fan and on Feb. 6, she watched her Tar Heels beat Duke University in Basketball at Cameron Indoor Stadium one last time!

In addition to her mother and husband, she was preceded in death by an infant son; sister, Mary Neville; and a grandson, Shawn Rannon Ross.

The family will receive friends from 6 to 8 p.m. Friday at Jones Funeral Home in Swansboro.

In lieu of flowers, memorials may be made to the Scholarship Fund at Swansboro United Methodist Church, 665 W. Corbett Ave., Swansboro, N.C. 28584.