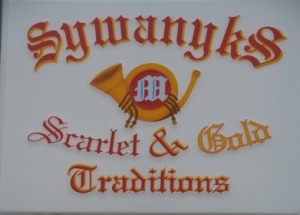 Sergeant Major Ihor Sywanyk was born on July 2, 1942 in Markova, Ukraine, former Soviet Union. He was raised in Cleveland, Ohio and graduated from Lincoln High School where he played the saxophone and joined a Ukrainian band. Ihor and his family survived the hardships of Ukraine, fled the war and came to America through thru Ellis Island where he was reunited with his first love, Maria and started their life journey together.

Ihor enlisted in United States Marine Corps on February 1, 1964. Ihor’s USMC career started as a machinist, then served 3B billets as a recruiter in Cleveland Ohio, with two separate tours as a drill instructor in San Diego, then Parris Island where he was a Junior Senior and Series Gysgt. Ihor was also a instructor at DI school and NCOIC MSG at American Consulate Frankfurt, Germany. As Sgt Maj his duties included Rifle Range Detachment, 3rd Bn 10th Marines, Helicopter Training Squadron 302, 8th MTBn 2ndFSSG Operations Desert Storm Shield/Storm, 22 MEU and retired at MAG-26. He proudly served for 33 years!

In lieu of flowers or gifts, the family is asking for donations to keep the Sywanyk’s Scarlet & Gold Traditions legacy alive. http://gf.me/u/ymzrtb